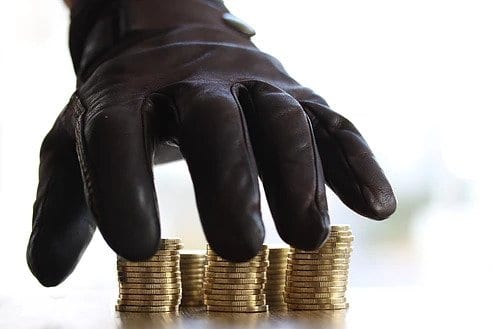 If you have ever ‘stood-by’ a customer who is going through a rough patch by continuing to supply goods/services on credit and holding off on receiving payment, some of us will know there can be a happy ending to this story. With your goodwill and support your customer might manage to trade out of its difficulties, your relationship is stronger than ever and most importantly – you can be repaid in full.

Unfortunately, for some business owners, the story does not always end so happily when the liquidator comes knocking unexpectedly.

If the customer is later placed in liquidation, the liquidator may require the creditor to repay all or some of the payments (or other monetary or non-monetary benefits) received by the creditor from the liquidated company. This is known as the liquidator’s power to ‘clawback’ preferential transactions and is provided for under s 292 of the Companies Act 1993.

Voidable transactions (or liquidator’s ‘clawback’) regime is one of the most controversial features of insolvency law in New Zealand. It is designed to protect creditors against the tendency of the directors of troubled companies to pay themselves and their favorite or aggressive creditors before anyone else.

Because directors facing troubled waters typically pay the creditors they have a bias towards. Those creditors are usually the ones who hold personal guarantees. The director has a personal incentive to pay those creditors first. It may be friends or family.

Theory behind the regime

According to the pari passu principle, each and every creditor of the company should share equally and proportionately in the fruits of the liquidation.

The principle recognises that it is unfair to other creditors if an individual creditor can jump the queue and be paid prior to the liquidation because it is favored by the director of the company or because it is being more aggressive than others in its demands.

Operation of the regime in New Zealand

Pursuant to s 292 of the Companies Act 1993, the payments (or other monetary or non-monetary benefit) that the creditor received from the liquidated company may be considered voidable if the following criteria is satisfied:

Unfortunately, no matter how well intentioned the creditor was, at the time of accepting payment, the law in this area is only concerned with the “effect” of the transaction – if the liquidated company’s payment had the effect of favouring the creditor above other creditors, that payment is at risk of being clawed back.

This comes as a shock to most clients who come to see us after receiving a letter of demand from a liquidator requiring them to repay their hard-earned cash received up to 2 years prior to liquidation.

If a liquidator believes the above criteria is met, the creditor will be served with a voidable transaction notice attempting to void the payments (“VT Notice”). If no response is made to formally object to the VT Notice in compliance with the Companies Act 1993 within the strict time limit of 20 working days, the transaction is automatically set aside.

If an objection to the VT Notice is made, the liquidator could still seek to void the transaction by making an application to Court under s 295 of the Companies Act 1993. However, since this option is considerably costlier, it is not always pursued by liquidators (e.g. where there is limited funding and/or questionable prospects of recovery). Most liquidators will determine whether they will commence proceedings, settle, or abandon the claim based on the objection they receive to the VT Notice.

On that basis, a full and robust objection usually has a positive impact on the outcome for creditors.

In our experience, when business owners are faced with this situation, there are 3 mistakes they make. In particular:

Liquidators are often aware of these mistakes. Unfortunately, some liquidators might even abuse the process and issue VT Notices like confetti (as in the case of s 261 notices, please see here) in full knowledge that if no response is received in time, then the business owner is liable for the full amount.

There are several defences to the voidable transaction claim.

For example, the creditor will have a full defence to a claim if, at the time the liquidated company paid the creditor, the following criteria was met:

In most cases, creditors will generally be able to satisfy criteria (1) and (3) above. The defence usually turns to whether (2) can be satisfied. The law in this area is not well settled and to run a successful defence requires careful consideration of the facts on a case by case basis.

A creditor needs to act quickly if they receive a VT Notice so that transactions are not automatically set aside.

Our lawyers at Norling Law are experts in this field and routinely act for both business owners and liquidators. If you are the recipient of a VT Notice, our experts can help you to craft a carefully structured objection, and/or negotiate with the liquidator to achieve the best possible outcome for you.

Alternatively, if you intend to receive payment from an ‘at risk’ customer, we can help you to re-structure the transaction to minimise the risk of a future clawback.