Is a shortcut to debt recovery for voidable transactions okay? Court of Appeal says yes! 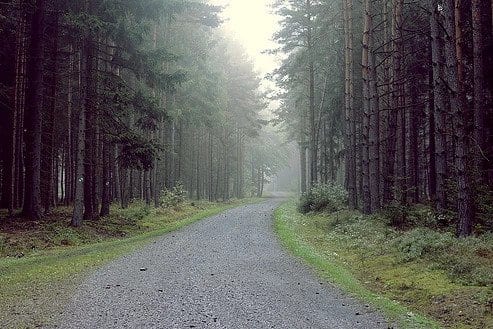 The liquidators of Quantum Grow Limited at Waterstone Insolvency served a voidable transaction notice on a related company, Lotus Gardens Limited, seeking to set aside $25,576. The Notice was issued pursuant to the process prescribed in s 294 of the Companies Act 1993 (“the Act”). Lotus Gardens neglected to object to the voidable transaction notice within 20 working days.

The debt remained undisputed; the liquidators then served a statutory demand on Lotus Gardens. No dispute was raised nor was any application made to set aside the statutory demand pursuant to s 290 of the Act.

The liquidators then filed proceedings to liquidate Lotus Gardens. If Lotus Gardens wanted to defend the liquidation proceedings, it was required to file and serve its defence within 10 working days of service. It did not. Lotus Gardens filed an application to extend time to file its defence just a few working hours before the hearing. The High Court granted this extension and the issue went to a defended hearing.

This case was heard by Associate Judge Bell and on 17 May 2013 his Honour released his decision.

The learned Associate Judge was of the view that the liquidators were relying on a common law right to enforce a debt that had arisen from the transaction being set-aside, a right that had been legislated away in the changes from the 1955 Act to the 1993 Act. Accordingly, the liquidators were told they should have applied to the Court under s 295 of the Act to seek an order before issuing a statutory demand.

Because the liquidators had used the wrong procedure, the learned Associate Judge held that Quantum Grow was not a creditor and therefore had no standing to liquidate Lotus Gardens. The liquidation application failed.

The key take outs from the High Court were:

The Court of Appeal

The liquidators appealed the decision of the learned Associate Judge and recently the Court of Appeal (O’Regan P, Stevens and Asher JJ) confirmed the liquidators submissions in full.

Accordingly, when a creditor receives funds from an insolvent company and a liquidator serves a notice to set aside those transactions, if the creditor does not reply, a liquidator may pursue the recovery of those funds, as a debt and/or for money had and received. Further, a liquidator may serve a statutory demand on the non-payment of that debt.

The Court of Appeal caveated the right of a liquidator to invoke this process. In particular, if the creditor could make out an arguable defence under s 296(3) of the Act or argue that it did not in fact receive a transaction then the Court ought not to make a liquidation order. In the circumstances of this case, Lotus Gardens sought to argue that it had a defence pursuant to s 296(3) of the Act and it said it was simply a conduit of the funds and therefore no order ought to be made. The Court of Appeal dismissed these defences and considered they were not arguable.

The Court confirmed that best practise is to utilise the process under s 295 of the Act (the orthodox recovery route). However, the Court of Appeal allowed the appeal by the liquidators and made an order placing Lotus Gardens into liquidation together with costs on appeal and at the High Court.

Whilst liquidators can shortcut the usual process, liquidators should invoke this process with caution as it is limited to certain circumstances, namely where the creditor does not seek to object to transactions being set aside and they have no realistic defences under s 296(3) of the Act. Liquidators should consider whether the creditor may stump up a defence at a later stage and pre-empt those defences. If those defences are arguable, the orthodox procedure ought to be utilised as the short route may prove to be a longer route as confirmed by the Court of Appeal.