Funded liquidators ordered to provide security for costs of $2.78 mil 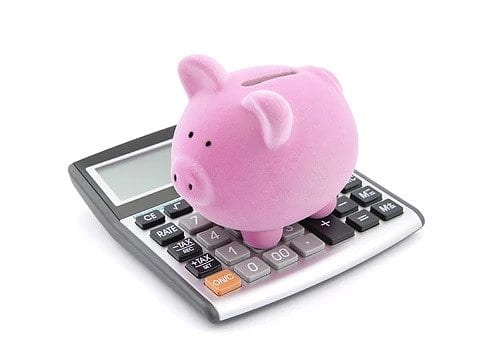 The High Court has ordered the (funded) liquidators of Property Ventures Limited (“PVL”) and other related entities (“the PVL Group”), to provide security of costs of $2.78 million in their $302 million lawsuit against the directors of the entities from the PVL Group and PricewaterhouseCoopers (“PWC”).

The PVL Group collapsed in the aftermath of the 2008 global financial crisis, leaving in its wake significant debts and insufficient assets to meet those debts. The liquidators of the entities, Robert Walker and John Scutter, claim that the entities should have been wound up in 2007, which would have allowed the loans to be called in, asset sales and a more orderly liquidation. Instead, majority of the entities were liquidated in 2010 or even later.

In 2012, the liquidators commenced proceedings against the directors of the PVL Group for a total sum of approximately $302 million. The liquidators claim that the companies in the PVL Group suffered losses of that amount as a result of alleged breaches of their director duties. These breaches are mainly based on the facts that the directors allegedly allowed the companies to trade whilst they were insolvent, and permitted Mr Henderson to use the entities for personal interests.

The liquidators also sue PWC for the same sum in respect of breaches of duties it is alleged to have owed to the PVL Group when auditing the financial statements in respect of the 2006 – 2008 financial years. The liquidators argue that if not for PWC giving positive audits and advising how to skirt insolvency, the entities would have been liquidated sooner.

The liquidators have engaged a litigation funder, SPF No 10 Limited (“SPF”), to fund the proceeding. The funding agreement requires SPF to fund the cost of the litigation, including any sum the plaintiffs might be required to provide by way of security for costs. SPF will also fund any adverse award of costs. In return for meeting these obligations, SPF will receive 42.5% of any proceeds of the proceeding, or a sum equivalent to twice the amount expended by way of project costs, whichever is the greater. SPF also holds a first ranking general security agreement over the assets of PVL.

The proceeding has been set down for a 12 weeks trial starting in February 2018.

In 2013, PWC applied for the plaintiffs’ claim to be stayed on the ground that it was an abuse of process for the plaintiffs to pursue a claim that was for the sole benefit of SPF. The application failed at first instance, and the Court of Appeal upheld that decision. The Supreme Court has granted leave to PWC to appeal, but the appeal is yet to be heard.

Subsequently, the defendants applied for an order that the plaintiffs provide security for their costs.

In order to determine the application, Lang J relied on well-established principles and in the context of a case such as the present, was requited to consider the following issues:

Ability of the plaintiffs to meet a cost award

The Judge recorded that there was no dispute that, without third party assistance, the plaintiffs would be unable to meet the awards of costs that would inevitably be made if their claims were unsuccessful.

Lang J held that the litigation funder was not a party to the proceeding, and had no direct interest in it other than the right to share in the proceeds of a successful outcome.

Two factors were particularly relevant to Lang J in the exercise of the discretion: the involvement of the litigation funder and the alleged merits of the plaintiffs’ case.

In relation to the former factor, Lang J firstly considered an earlier High Court decision in Saunders v Houghton [2009] NZCA 610, the litigation involving representative claims by shareholders of a failed company. In that case, Dobson J was similarly required to determine an application by the defendants for security for costs. When considering the weight to be given to the fact that a litigation funder was involved, Dobson J referred to the approach taken by the New South Wales Court of Appeal in Green (as liquidator of Arimco Mining Pty Ltd v CGU Insurance Ltd) [2008] NSWCA 148. In that case, the New South Wales Court of Appeal ordered security for costs as it considered that a person whose involvement in litigation is purely for commercial profit should not avoid responsibility for costs if the litigation fails. In Saunders v Houghton, Dobson J agreed with this point and ordered security for costs.

Lang J agreed with the approaches taken by both decisions and held:

…The existence of a litigation funder in the present case is an important factor that influences the exercise of the discretion for several reasons. The first of these is that the plaintiffs will not be precluded from continuing with their claims if a significant order for security is made. Further, SPF stands to receive most, if not all, of the proceeds of any successful claim. It has no interest in the litigation beyond the profit it hopes to derive form what it clearly regards as a commercial venture. Commercial ventures generally require an investor to take risks and to incur expenditure as the price to be paid for the chance of success. SPF should therefore be required, as a matter of policy, to contribute significantly to the defendants’ costs if the claims are unsuccessful.

Nevertheless, Lang J could identify two areas of potential vulnerability for PWC, which were its alleged failure to ensure valuations ascribed to PVL’s key assets such as undeveloped land “were robust and could be relied upon”. Another area of risk was PWC’s failure to scrutinise the arrangement pursuant to which Mr Henderson and other companies owed PVL approximately $7.5 million by early 2008.

Making a modest allowance for the likely merits that could be identified, Lang J ordered that the plaintiffs are to provide security for costs in the sum of $2.78 million.

It appears that where plaintiffs have litigation funding, the Court is likely to require that the funder provides security for costs upfront.

The likelihood of security for costs being ordered in these situations ought to be considered by litigants who have litigation funding and funders alike.

Depending on the specific funder, security for costs of this magnitude could be a deal breaker for funding.