What is Hiving-down and how can it be used in Corporate Rescue? 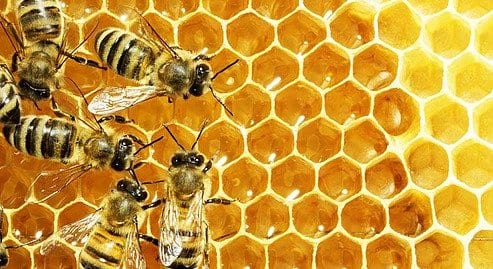 Despite what the name suggests, hiving-down has nothing to do with bees or itchy skin.

A “hive-down” involves transferring the most valuable parts of a business (that is usually insolvent) to a wholly owned subsidiary and then selling off the subsidiary.

This is a tried and tested technique in corporate rescues and has been used routinely in New Zealand.

The purpose of a hive-down is to preserve the value of a failing company by transferring the valuable parts of the business (the queen bee and the honey) to a subsidiary. The shares in the subsidiary or the assets are then sold off to a third party.

Crucially, as a company and its business are separate, debts of the company won’t be transferred to the new subsidiary.

The process is usually triggered by receivers and security holders, who have full cooperation of company directors.

Hiving-down is most commonly undertaken by a company facing insolvency (for example, liquidation or receivership). Usually a hive-down situation is done to protect a good business or assets which have suffered through poor management. This process will deprive poor managers with good assets.

Hiving-down can enable a separation of profitable business from others which are struggling or are risky. This can be an effective ring-fencing strategy to remove important assets (Intellectual property, real estate) from operational risks.

By this restructure, the value of the key assets can be largely retained, or at least, not completely lost in a liquidation.

When should a company hive-down?

A hive-down is legal. However, careful consideration should be given to the circumstances before it is done.

Some of the considerations that should be taken into account when considering whether or not to undertake a hive-down include:

Robust accounting and legal advice is critical in any hive-down. A robust due diligence process is needed.

There is a risk that a hiving-down restructure could trigger a “change of control” which may result in terminating rights in the operating company’s banking or trading agreements. It is advisable, therefore, to undertake comprehensive due diligence prior to hiving-down.

Hiving-down is a time-consuming process and in reality, it may be more prudent for a receiver to trade the business through the company that is in receivership. Alternatively, the receiver could arrange an auctioneer to sell off the chattels and assets at auction.

Further, if a receiver has been appointed, they may continue trading the business pending its sale. The difficulties, on a practical level, that this causes with suppliers, customers and the like, could be more effort than it is worth.

Keeping all this in mind, it must be determined as accurately as possible prior to the commencement of a hive-down whether the process will be worthwhile on a broad analysis. Transaction costs as described above, should be measured against the potential net return when contrasted with the option of continuing to trade the business “in receivership”, versus a straightforward sale of company assets.

The first step is to incorporate a new subsidiary company (the Hivee). The shareholders in this subsidiary will be the parent company (the Hivor). In most cases, the receiver will be appointed as director of this new subsidiary. It is interesting to note that the receiver, has no liability under the Receiverships Act 1993 for operating a company in this manner, as they are acting as director and not a receiver for the subsidiary company.

The next step is to decide which assets the parent company should transfer to its subsidiary. In most cases these will be the most profitable parts of the business (chattels for example machinery). There can be numerous tax implications involved with the transfer of assets and robust accounting advice is required. At this stage in the hive-down , the shareholders of the Hivor hold only an indirect interest in the Hivee though the Hivor. This interest will, however, be lost if the Hivor itself is liquidated prior to the sale of the Hivee to a third party.

Naturally, the receiver wants to sell the Hivee for the best possible price. This would usually involve the procurement of an independent valuation of the Hivee and selling the Hivee on the open market (after a fair and robust marketing campaign).

Dealing with employees can also be challenging. They could be a large asset. Conversely, the can also be part of the original problem.

It is possible, although less common, to “hive-up” or “hive-across”. One of the benefits of this is that the Hivee will not be owned through the Hivor as is the case with hiving down. This means, should the Hivor fail, the owners of the Hivor still own the Hivee with all the key assets.

Hiving-down is a complicated process and not always appropriate to use.

If our expertise can be of assistance, do not hesitate to Contact us for a conversation or Schedule a FREE 30-minute Legal Consultation with Brent.

We have offices on the North Shore in Auckland, New Zealand or can have the consultation by phone.