The Modernisation of Court Rules: what has changed? 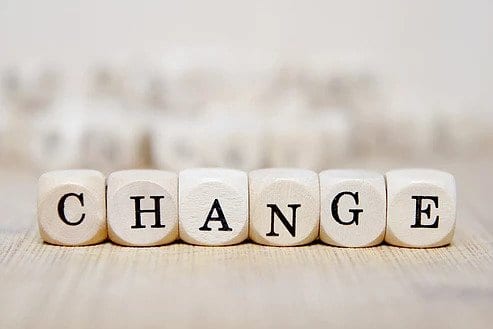 The Judicature Modernisation Bill is the first major overhaul of the legislation governing New Zealand’s courts since 1908. It introduces five new Acts, being:

These new Acts upon their 3 month anniversary.

The purpose of these Acts is to update a century-old law that has underpinned New Zealand Courts in the past. These new Acts generally modernise and tidy up the law by using modern language and terminology and make it more applicable in the modern day.

It is important for the public and professionals to understand the changes introduced by the new Acts as these changes effect current and future proceedings.

In determining whether proceedings are or were totally without merit, the judge may consider the nature of any other interlocutory application, appeal, or criminal prosecution involving the party to be restrained, but is not limited to those considerations.

Further, a great initiative that is being introduced under the District Court Act 2016 is the requirement that the Chief District Court Judge publish information about the process by which parties to proceedings before the Court may obtain information about the status of any reserved judgment in those proceedings. Further to this, they must periodically publish information about the number of judgments that he or she considers are outstanding beyond a reasonable time for delivery. This creates accountability for judges and ensures that parties are not waiting an unreasonable time for a judgment to be delivered.

The Senior Courts Act 2016 replaces the Judicature Act 1908 and the Supreme Court Act 2003. The High Court Rules 2016 form part of the Act, but are not published in the Act for practical purposes.

Just like the District Court Act 2016, the Senior Courts Act allows judges to make an order restricting a person from commencing or continuing civil proceedings. However, in addition to the limited or extended order, High Court judges have powers to make a general order. A general order restrains a party from commencing or continuing civil proceedings in all New Zealand Courts and tribunals. Such order can be made only on the application of the Attorney General.

The Judicial Review Procedure Act 2016 has replaced the Judicature Amendment Act 1972. This piece of legislation covers judicial reviews in the High Court and modernises the language that has previously been used.

The Interest on Money Claims Act 2016 comes into force on 1 January 2018. This Act centralises the law regarding the award of, and calculation of interest on money claims and simplifies the period for which interest is granted.

Interest rates no longer need to be adjusted through the issuing of Orders in Council, but will fluctuate in accordance with the term deposit rate. The idea behind this is that interest will better reflect the costs to a creditor of delayed payment.

The period on which interest is granted begins on the day the cause of action arose and ends when the judgment debt is paid in full. Interest will not be awarded if it was a penalty sum.

As always, if there is no contract, an explicit pleading for interest in the claim is required.

This Act came into force on 1 March 2017 but is yet to have an operational effect. It is waiting on an Order in Council to apply it to the specified courts and documents.

When this Act comes into force, it will enable the use of electronic documents in courts and tribunals. However, there are some limits on this and it will not include all documents.

While it will not be compulsory for lawyers to use electronic documents, once this Act comes into force it will give lawyers the choice as to how they prefer to work.