The final word on (fictitious) profits from a Ponzi scheme 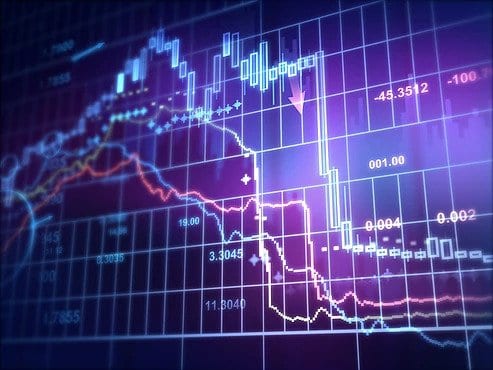 The Supreme Court has released a much-awaited decision in McIntosh v Fisk whereby the Liquidators of Ross Asset Management Limited (“RAM”) sought to claw back all amounts paid to Mr McIntosh as insolvent transactions under the Property Law Act 2007 (“PLA”) and the Companies Act 1993 (“CA”).

Mr McIntosh entered into a funds management arrangement with RAM in April 2007. Mr McIntosh appointed RAM as his agent to manage his investment portfolio. He paid $500,000 to RAM in 2007, having borrowed that sum from his bank. The contract provided that RAM would hold the funds in a separate account in the name of Mr McIntosh and that securities purchased from the fund would be held by an associate company of RAM, Dagger Nominees Limited (Dagger), as nominee.

Unfortunately for Mr McIntosh and RAM’s other investors, RAM did not comply with the terms of its management contracts with its clients, but rather operated a Ponzi scheme.

When “investors” paid money or transferred securities to RAM for management under the terms of their individual management contracts, RAM did not hold the money or securities on trust and did not arrange for Dagger to hold securities it acquired as nominee. Rather, it misappropriated the funds or securities.

In the case of Mr McIntosh, the $500,000 he paid to RAM was misappropriated within days of him making the investment and became part of a co-mingled pool of cash and securities held by RAM and associated entities. RAM paid money from this pool to other investors who wished to cash up their investments, and also paid various operating expenses of RAM, including personal drawings of its principal, David Ross. Funds received from new investors were treated in the same way as Mr McIntosh’s investment.

RAM perpetuated the fraudulent Ponzi scheme by reporting to its clients in terms which led them to believe that investments had been made in securities in accordance with the management contracts. These quarterly reports listed individual securities with details that matched what was occurring in the market for the relevant securities. But all the transactions recorded in these reports were fictitious. “Bevis Marks”, the entity which was said to hold the securities, was, in fact, non-existent. As other investors, Mr McIntosh was led to believe that his portfolio was increasing in value and yielding an attractive rate of return.

The scale of the fraud perpetuated by RAM was considerable and many investors have suffered significant losses.

In September 2011, Mr McIntosh decided to cash up his portfolio and withdraw the amount which, according to the fictitious reports he had received from RAM, totaled $954,047. The $454,047 in excess of the original investment of $500,000 was the amount said to have been earned on Mr McIntosh’s portfolio in the four and a half years from the time of his investment.

The reality was that none of the securities listed in the reports received by Mr McIntosh actually existed and the money paid to Mr McIntosh was not derived from the sale of securities held on his behalf, as he had been led to believe.

In November 2011, RAM made six payments to Mr McIntosh totaling $954,047, in accordance with the notice he had given under the management contract to withdraw the funds.

In December 2012, RAM was placed in liquidation by the order of the High Court. The Liquidators revealed the scale of the fraud perpetuated by RAM on its clients.

The Liquidators sought to claw back all of the $954,047 Mr McIntosh received from RAM.

At the High Court, the Liquidators were given orders to recover the fictitious profits obtained by the investor (in this case $454,047), but denied the claim to the initial investment (in this case $500,000).

MacKenzie J held that pursuant to the PLA, there had been a disposition of property, by a debtor, with the debtor being insolvent at the time of the disposition since each investor had an accrued cause of action in November 2011 for a breach of trust, and that the disposition would have prejudiced the creditors. Similarly, under the CA, there had been a transaction by an insolvent company that enabled Mr McIntosh to receive more towards the satisfaction of his debt than he would have received in liquidation.

However, the claims failed under the PLA and the CA regarding the initial investment. Mr McIntosh had acted in good faith, and gave value for the initial investment, but the value given did not extend to the fictitious profits. Additionally, there was insufficient evidence to demonstrate that Mr McIntosh had altered his position upon receipt of the fictitious profits.

The Court of Appeal

The majority of the Court of Appeal upheld the High Court decision.

The Majority of the Supreme Court has upheld the decision of the Court of Appeal.

The result is that the payment of $454,047.62, being the fictitious interest, is to be repaid by Mr McIntosh to the Liquidators.

Ponzi schemes may be rare but there does seem to be more risk for Investors . Investors ought to be vigilant.

This decision has been much awaited by liquidators who have been appointed to Ponzi schemes.

We expect that liquidators in control of failed Ponzi schemes will now be looking to finalise and commence proceedings against Investors who have received fictitious profits.