Supreme Court puts a lid on the voidable transaction regime 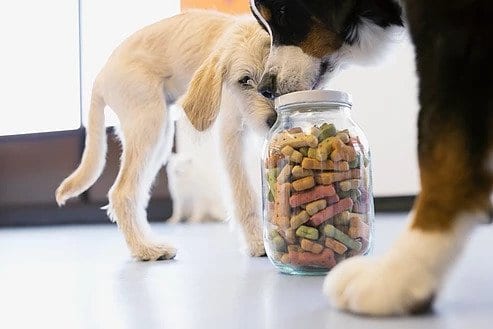 On 18 February 2015, the Supreme Court determined three appeals which involved a short but important point about the operation of the voidable transaction regime under the Companies Act 1993 (“the Act”).

Upon liquidation, the liquidators sought to “claw back” the payments made by the debtor companies to the creditors pursuant to the voidable transaction provisions of the Act.

This case is a significant decision for creditors who receive funds from companies, insolvency practitioners and those who advise either of the above.

In our view, this case has significantly changed the recoverability of insolvent transactions.

The focus of the litigation

It is a defence to a liquidator’s claim if a recipient can prove all three pillars of section 296(3). To succeed, the creditor must establish that when they received the payments:

The focus of this litigation was on ‘gave value’.

The High Court and Court of Appeal

The High Court accepted that at the time of the payments, the creditors acted in good faith and did not suspect, nor were there any reasonable grounds to suspect, that the debtor company was or would become insolvent. This was not disputed by the liquidators. The primary issue in front of the High Court was whether the creditors could establish the third pillar of section 296(3) of the Act, being ‘gave value’.

The appeal hinged on whether “value” for the purposes of section 296(3)(c) means new value given at, or after the time the payment is received from the company, or whether it also includes value given prior to receipt of the payment when the antecedent debt was created.

In two of the High Court decisions, creditors successfully argued that the letter meaning was intended whilst in the third the former view was accepted.

The Court of Appeal held that the receipt of a payment in satisfaction of an antecedent debt was not “value” and a new value which was also “real and substantial” must be given at the time of the transaction.

In reaching its decision, the Court of Appeal considered that the use of the word “when” indicated that a temporal restriction was intended. The recipient had to give value at the time the payment was made – value given by the provisions of goods and service at an earlier point when the debt was created did not qualify.

This meant that the creditors could not rely on the defence because all payments received by them were in relation to the goods and services previously supplied.

At the Supreme Court, the Court considered the two competing policy aims:

Ultimately, the Court favoured fairness and certainty for individual creditors as opposed to creditors as a whole.

While the Court agreed that “real and substantial value” had to be given by a creditor raising defence under section 296(3), it held that such value may be given prior to receiving payment.

The Supreme Court considered that while the use of the word “when” certainly indicates that there must be a linkage or connection between the impugned payment and the elements of section 296(3). However, the Court doubted that it could be taken further than that by holding that:

The Court could see no reason why, as a matter of interpretation, “gave value” could not be taken to encompass the notion of giving value earlier.

The Supreme Court also analysed the legislative background of the voidable transaction regime under the Act and changes made to this regime by the Companies Amendment Act 2006 when the current provisions were enacted. The Court considered that the amendment was designed to temper the pursuit of collective justice for creditor as a whole with individual justice for a particular party in the circumstances of each case. There was a concern that, if the law failed to do this, it could impair the free flow of trade in New Zealand. The proposed changes were intended to give more certainty to creditors that the transactions they are entering into will not be made void.

The interpretation adopted by the Court of Appeal significantly prevented individual creditors from using the defence under section 296(3). The Supreme Court found this to be inconsistent with the 2006 reform.

In overturning the Court of Appeal decision, the Supreme Court has considerably widened the applicability of the defence.

It is now certain that “value” for the purpose of section 296(3) can include value given when the debt was initially incurred, in particular, the supply that gave rise to the payment would likely be real and substantial value.

Our view on voidable transactions regime as it is currently

Whether a transaction will be set aside will now hinge on whether the recipient knew or ought to have known of the company’s insolvency.

A copy of the Supreme Court decision can be found here.