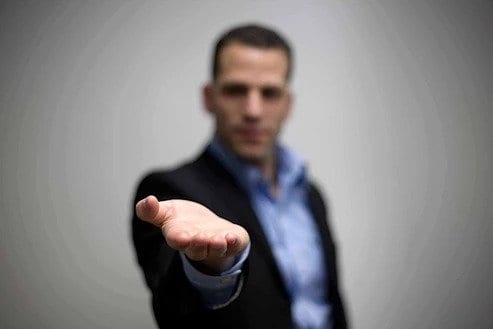 Unsurprisingly, the Supreme Court (by majority of 3 to 2) has upheld the Court of Appeal and High Court decisions to set aside the creditor compromise put forward by Trends Publishing International Limited (“Trends”).

Part 14 of the Companies Act 1993 (“the Act”) provides a process by which compromises between a company (usually insolvent or near-insolvent) and its creditors can be implemented even though not all of those affected agree. An approved compromise is binding on the company and all creditors to whom the notice of the proposal was given.

Under s 232 of the Act, a creditor may apply to the court for a declaration that the compromise does not apply to a particular creditor or class of creditors or a similar relief. The grounds for such an order include material irregularities in the obtaining of approval and unfair prejudice to a creditor, or to the class of creditors to which that creditor belonged, who voted against the compromise.

The issue in this case was that entities associated with Trends controlled more than 75% of the creditors’ vote by value (“the Related Creditors”).

A number of arm’s-length creditors challenged the validity of the compromise (“the Challenging Creditors”).

The Courts have agreed that the Related Creditors ought not to have been put in the same class as the arm’s length creditors for the purposes of voting under Part 14 of the Act.

Trends provides printing, publishing, marketing and advertising services. In May 2015, its directors proposed a compromise to all of the unsecured creditors which:

The proposal was considered at a meeting of creditors held on 22 May 2015. 62 creditors were involved, and the debts totaled approximately $4.27 million. The Related Creditors were owed $3.23 million. The Related Creditors had agreed not to receive any payments under the compromise but were allowed to vote. Consequently, the compromise was approved by a qualified majority.

At the High Court, Heath J concluded that the Related Creditors should have been placed in a different class from the arm’s-length creditors due to their disparate interests. Heath J saw the grouping of the Related Creditors with the arm’s length creditors was designed to ensure that the proposal would be approved and amounted to manipulation. Such manipulation constituted unfair prejudice for the purposes of s 232 of the Act. Heath J therefore set the compromise aside.

The Court of Appeal upheld the judgment of Heath J, however, on slightly different grounds. The Court was of the view that:

The Supreme Court held that the purpose of Part 14 of the Act is to give effect to compromises which reflect a fair business assessment by creditors. An assessment should reflect the common interest of all those bound by the compromise. Creditors should be placed into voting classes based on their shared rights and interests in relation to the debtor company.

Further, creditors with the same rights and interests before the compromise were treated differently by it. The compromise preferred smaller creditors. It was to pay all creditors in full for the first $1,000 owing. This also created a separate class of creditors.

Of interest is that the two dissenting judges (Elias CJ and Ellen France J) held they would have ruled that only the Challenging Creditors were not bound by the compromise but would have upheld the compromise in other respects.

Following the correct process when proposed a compromise is important.

This case demonstrates the need to consider wider commercial classes of creditors under Part 14 compromises that are not limited to the traditional simplistic classes of ‘unsecured’, ‘secured’, or ‘preferential’ creditors. The commercial interests and legal interests need to be considered as well.

Proper consideration of these factors should be done prior to presenting the proposed compromise to creditors.

This case demonstrates that the Court will not allow related party creditors to influence the voting of the compromise as against the arm’s length creditors.