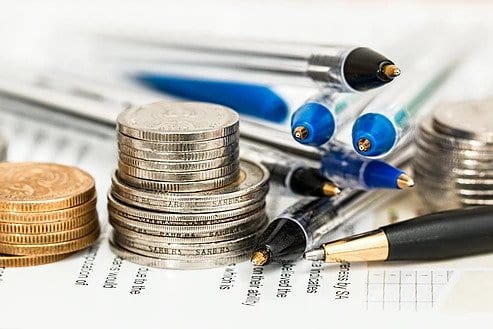 Directors of companies are entitled to receive money from their company, such as salary or wages, bonuses, fridge benefits and loans.

Nevertheless, it is still common in New Zealand, especially amongst small to medium size companies, that directors take drawings (be it for service of running the company in lieu of salary or in addition to the salary), or receive a salary, without complying with the mandatory statutory processes.

In such circumstances, any monies paid to a director could be treated as a loan repayable on demand.

While there are some directors who still manage to avoid liability for not following the proper processes, with the third parties becoming more aware of such practices, more directors start facing consequences. For example, if the company becomes insolvent and is placed into liquidation, the liquidator in almost all cases investigates and demands repayment of the funds, or if there is a shareholder dispute, often the other shareholder causes the company to demand immediate repayment of funds, or the Inland Revenue Department demands repayment of unpaid tax on the drawings taken from the company.

Interestingly, 63% of companies in New Zealand fail. On that basis, the risk is more than marginal.

Unfortunately, a large number of directors still believe that since they are in charge of and run the company, they are entitled to receive payments by way of taking drawings. In certain cases, this practice is engaged into due to the director’s ignorance of the legal requirements, in other cases, intentionally to avoid payment of the income tax.

If the directors engage into the practice of taking drawings throughout the year, it is important that when the annual accounts are completed, a salary is declared in order to offset the drawings. However, the statutory requirements for authorisation of salary (outlined below) still need to be followed to avoid personal liability. Further, once a salary is declared, the directors become liable for personal income tax on that amount.

If the drawings are not offset with the salary, there is risk that a liquidator, in case of an insolvent company, or a business partner, in case of a business prone to shareholder disputes, might later demand repayment of these funds from the director. Further, the Inland Revenue Department reviewing the company’s accounts might demand payment of the fridge benefit tax. Such demands could go back to years of drawings made by the company and could result in financial hardship for the director.

Salary, wages and other monetary benefits

Section 161 of the Companies Act 1993 (“the Act”) creates strict processes for authorisation of payments to directors. These processes have to be followed by all companies registered in New Zealand, including companies having only one director and/or shareholder (as is commonly misunderstood amongst directors).

Section 161 further establishes that where the three elements of authorisation and certification were not complied with, or where no reasonable grounds existed for the opinion to make the payment, the director is personally liable to the company for the amount of the payment, or the monetary value of the benefit.

Personal liability may be avoided in circumstances where the director demonstrates that the payments of benefits were fair to the company at the time they were made, however, the onus of proof in that instance is on the director wanting to avoid liability.

Unfortunately, in New Zealand, non-compliance with s 161 is common.

If liquidators are appointed, and the requirements under s 161 were not met, they will likely take the view that such a salary/monetary benefit is repayable on demand. Below are examples of proceedings brought by liquidators of companies under s 161 against directors.

National Trade Manuals Limited was placed into liquidation by the Inland Revenue Department. The liquidators sought to recover sums paid to the director by the company. The director received a salary from the company, and the following resolution was purportedly made:

The issue of ‘fairness’ was dealt with by the liquidators by allocating a salary of $1,000 per week to the director and deducting that from the amount being sought. Consequently, all other funds transferred to the director by the company were ordered by the Court to be returned to the company in liquidation.

This was an appeal against a decision of the High Court that salaries paid to Mr and Mrs Petera by Petranz Limited (in Liquidation) (“Petranz”) were fair to Petranz when paid. The issue on this appeal was whether the Judge of the High Court, in reaching that conclusion, gave appropriate consideration to the very poor financial situation of Petranz at the time the remuneration was paid.

Petranz was a road transport business. It operated three trucks and specialised in moving containers. Mr Petera drove one of the trucks. Mrs Petera looked after its administrative needs.

The High Court Judge first found that the Peteras owed Petranz a total of $140,134.70 on their overdrawn current accounts. The Judge, however, declined the appellants’ application for the repayment of directors’ remuneration. The Judge went on to find the Peteras had, as alleged, breached duties they owed under the Act, including s 135 duty not to trade recklessly. The Judge also found that they had failed to keep proper accounting records as required under s 194 the Act.

The Court of Appeal rejected the liquidators’ approach as they were effectively claiming that the Peteras were liable for all creditors and liquidation costs as a result of breaches of director duties, and on top of this, for the amounts they were paid under the current account and as a salary. In the Court of Appeal’s view, this involved double counting.

The Court of Appeal held that the Peteras were able to retain amounts they were paid as a salary (and paid PAYE on) regardless of non-compliance with s 161 of the CA because the amounts were considered to be fair to the company. This is because:

The Court of Appeal held that ‘fairness’ needs to be assessed from the prospect of the company, and not creditors. However, if directors take money while trading recklessly (or breaching another duty), they may be liable pursuant to a breach of duty cause of action.

Some directors still believe that since they manage a company, they are able to determine the way they receive salary or other monetary benefits from the company.

With the creditors, insolvency practitioners, business partners and the Inland Revenue Department becoming more aware of this practice, more and more directors face severe consequences for failing to follow the proper processes for authorisation of payments.

It is important that business advisors, accountants and lawyers working together with the directors of small to medium size companies emphasise the importance of following the proper processes for authorisation of payments to directors.