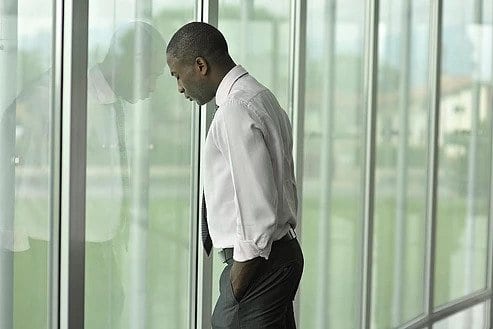 It is well reported that New Zealanders are keen establishers of trusts. Thanks to trusts, property owners are able to create comfort that if they ever fail, they will be able to retain the benefit of their property.

A trust is not a separate legal entity, as such the trustees are generally personally liable. That is unless they limit their liability, however, this is usually reserved for “independent” trustees.

As a result, it has become popular to appoint companies as trustees. This way the individuals who are the governing mind of the trust are able to place another layer of protection to their personal liability.

Corporate trustees also provide certain practical efficiencies. For example, when the individual behind the trustee changes, the appointer can simply change the director of the company; there is no need to convey the property to a new trustee and as such, legal fees are lower.

However, as with individuals, there could be significant consequences if the corporate trustee incurs debts and does not pay them. Some believe that by replacing an insolvent corporate trustee with another entity, and transferring all trust assets to that entity, it ensures that the assets are safe from the creditors. Such belief is “usually” wrong, as the Companies Act 1993 applies to corporate trustees in the same way it applies to any other company, meaning that the corporate trustee can be placed into liquidation and then the liquidator is able to investigate potential methods of recovery.

Liquidators who get involved with liquidations of corporate trustees get themselves into an area that is governed not only by the insolvency law, but also by the trust law. This imposes additional duties on the liquidators and creates issues that are not straight forward.

A commonly held belief is that the assets of the trust are not assets of the company, and therefore they are not available to pay creditors. However, this is not always the case.

By virtue of s 38 of the Trustee Act 1956, a corporate trustee, as any individual trustee, is entitled to be indemnified from the trust property for debts that are properly incurred in the course of administering the trust (“the trust debts”). It is questionable and has not been determined in New Zealand whether the right to indemnity can be limited or removed by a trust deed. However, in our view, it is relatively arguable that it cannot.

The trustee’s right of indemnity gives rise to an equitable charge over the trust assets. Such charge entitles the trustee to keep the assets until it has indemnified itself. As a result, where a corporate trustee, which has not been replaced yet, is placed into liquidation, the liquidator has a right to retain the trust assets and seek indemnity to repay the trust debts.

In cases of corporate trustees which existed solely to administer the trust, most, if not all, debts would be the trust debts and could be repaid by the liquidator by pursuing the trust assets.

Further, it is well established that the trustee’s equitable charge can survive replacement by a new trustee. As a result, if the retired corporate trustee is replaced as trustee and does not hold trust assets any more, the liquidator has a right to request payment from the new trustee, and where there is no cooperation, commence proceedings seeking a sale order and payment from the trust assets.

Similar orders have recently been sought and obtained by the liquidators in Ranolf Company Limited (in Liq) v Bhana [2017] NZHC 1183. Ranolf Company Limited (in Liq) (“Ranolf”) was a corporate trustee of a family trust and incurred trust debts. When Ranolf was placed into liquidation, certain members of the family attempted to hinder the trust assets by removing Ranolf from its position as trustee and failing to indemnify Ranolf from the trust assets. Consequently, the Court made orders charging land owned by the trust with payment of Ranolf’s trust debts and a sales order.

The Court is very unlikely to allow trust assets to be used to satisfy claims by creditors of the corporate trustee in circumstances where the debts were not incurred for the trust.

Where the trust property is insufficient to meet a trustee’s right of indemnity, the liquidator could also pursue the beneficiaries of the trust. However, this would be possible only in very limited circumstances where the trust structure satisfies certain pre-requisites.

In Ranolf Company Limited (in Liq) v Bhana [2017] NZHC 1183, the liquidators have also successfully obtained orders charging the trust’s land with the payment of their reasonable fees and disbursements. Because of continuous attempts by certain family members to hinder the assets and prejudice the proceedings, the liquidators’ fees and disbursements were substantial. This case serves as an example of where the attempts to hinder assets from the creditors went wrong. Had the trust cooperated with the liquidators from the outset, the financial burden borne by the trust would have been significantly lower.

The liquidator may also set aside all distributions to beneficiaries made by the corporate trustee within 2 years of liquidation if, at the time of distributions, the corporate trustee was unable to pay its debts. This is pursuant to the voidable transaction regime in the Companies Act 1993. While beneficiaries could raise a statutory defence to voidable transactions under s 296(3) of the Companies Act 1993, usually these defences would be unsuccessful due to the fact that the beneficiaries usually provide no ‘value’ in return for the distributions. Further, the beneficiaries may have inside knowledge which means that the have knowledge of the financial position of the trust.

If the trust made distributions to beneficiaries with intend to prejudice creditors, or without receiving equivalent value in exchange, these distributions can also be set side within 6 years of the distributions being made under ss 334 – 450 of the Property Law Act 2007.

Duties of directors of corporate trustee

Directors of corporate trustees owe the same duties that are owed by directors generally in common law and under the Companies Act 1993.

In order to comply with their obligations, a director of a corporate trustee needs to be aware of the availability and value of the right of indemnity owned by the trustee.

Failure to know about the availability of indemnity and/or failure to pursue it, could potentially result in the breach of duty to act in the best interests of the company and/or being negligent. Similarly, if the value of the trust assets is insufficient to meet the liabilities incurred by the corporate trustee, arguably the director may be liable for reckless trading under the Companies Act 1993.

Further, a director of a retiring trustee, which causes the company to transfer the trust assets to the new trustee without satisfying the company’s indemnity rights, could also be in breach of a number of duties under the Companies Act 1993.

On liquidation, a director who breached his duties, could be pursued by the liquidator and held personally liable for all losses of the company (creditors and liquidator fees and disbursements).

What does come as a surprise to many is that this can still be the case for “independent” trustees as the Companies Act 1993 draws no distinction between directors. One is either a director or they are not. There was either a breach of duty, or there was not. However, the ‘independence’ may be relevant when it comes to the Court’s discretion in quantifying any liability. Although, there are currently no cases in New Zealand on this particular point.

Some liquidators still find liquidations of corporate trustees challenging and the pursuit of claims often requires specialist legal assistance. . Usually, only those liquidators who are either able to be self-funded or have a funder in place can pursue such claims.

This artcile was also published in the March 2018 edition of Law Talk.