Injunctions to stop a Company Receivership 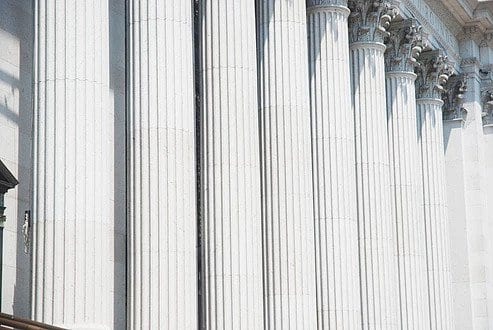 The Authors of this article are Brent Norling and Anna Cherkashina (who were also successful Counsel in the decisions analysed below).

Only the occurrence of the default specified within the security agreement will give the right to the secured creditor to appoint a receiver. Failure to make payments on time is the most common default after which secured creditor appoint receivers in New Zealand.

In this article, we address the Court’s power to intervene in the secured creditor’s exercise of power of appointment of the receiver through the issuance of an injunction. Injunctions in the context of a private receivership can be sought to:

Injunctions can be permanent or interim. A permanent injunction is sought to permanently preclude actions, whereas the interim injunction is sought to preclude actions on an interim basis until the substantive proceeding (i.e. the main dispute) is resolved. Depending on the type and complexity of the proceeding, the substantive proceeding could take 12 months or more to be resolved. In such circumstances, it is necessary to seek an interim injunction to preserve status quo in the meantime.

In the context of receiverships, most commonly interim injunctions are sought. This is to preserve the assets over which a receiver has been appointed, or is about to be appointed, while the substantive dispute (e.g. determination whether there has been a default, whether the security agreement is defective, or a declaration be made that the receiver was appointed invalidly) is underway.

When the Court determines whether to issue an interim injunction, there are three stages to the consideration of the application, being:

Further, prior to the issuance of the interim injunction, the Court will need to be satisfied that the applicant has provided a sufficient undertaking as to damages sustained through the injunction.

Injunction to preclude appointment of receiver

Application to Court can be made to stop the secured creditor from exercising its power of appointment in the following circumstances:

One of the recent examples where an application was made to Court seeking an interim injunction to preclude the appointment of the receiver was subject to the proceeding in Greenfield Global Ltd v MKAH Ltd [2017] NZHC 1298 where we were successful in restraining the powers of a creditor who wished to appoint a receiver.

In Greenfield Global Ltd v MKAH Ltd, the secured party made a number of threats to appoint a receiver over all assets of various companies unless payment was made. There was a dispute between the parties as to the calculation of the debt. In the secured creditor’s view, funds were still outstanding. However, the companies’ position was that the debt had already been paid in full. The companies proposed informal resolutions, including appointment of an independent accountant to resolve the dispute with calculations (and in the interim, deposit funds equal to the disputed amount into a trust account), however, the secured creditor still demanded immediate payment or there would be a receivership.

The Court agreed that it was appropriate to issue the interim injunction and made orders. The Court also awarded costs against the secured creditor on the basis of unreasonable conduct which resulted in the application being necessary.

Injunction to restrain actions of receiver

Application to Court can be made to restrain all or specific actions of the receiver in a receivership in the following circumstances:

One of the recent examples where an application was made to Court seeking an injunction to restrain the actions of the receivers was subject to the proceeding in Alpine South Fishing Ltd (in Rec) v Kim [2018] NZHC 2579.

Alpine South, and its director, Mr Choi, commenced proceedings seeking a declaration that the security agreement was a nullity and the appointment of the receivers was invalid. Mr Choi argued that due to limited English he did not understand the meaning of the security agreement at the time of execution and also maintained that Mr Kim represented the meaning of the agreement to him differently. Mr Kim denied that Mr Choi’s level of English was inadequate to understand the agreement, and in any case, Mr Choi was advised in native language by Mr Kim’s solicitors, and provided with opportunity, to seek legal advice prior to execution. Mr Kim also denied that he misrepresented the meaning of the agreement to Mr Choi.

An application was also made by Alpine South and Mr Choi seeking an interim injunction restraining the receivers from taking further steps pending the determination of the substantive proceeding. Mr Kim opposed the application on the basis that no serious question to be tried had been established, the balance of convenience lied in favor of Mr Kim, and it was inappropriate to restrain the receivers from taking further steps without adequate security (secured funds pending resolution or adequate undertakings).

The Court agreed that based on the evidence presented to Court, the prospects of Alpine South and Mr Choi succeeding in the substantive proceeding were low, however, the Court was not prepared to make a finding that there was no serious question to be tried (as further evidence could be introduced at the trial). However, the Court found that the balance of convenience lied with Mr Kim and that the interim injunction would not be appropriate. Accordingly, we were successful in defending the application for injunction and the application was dismissed.

Appointment of receivers is a draconian remedy and it can destroy the company’s business, reputation, credit rating and goodwill. Unsurprisingly, receiverships often result in the companies going into liquidation.

It is important for the secured creditors to verify, before appointing a receiver (or before making threats to do so), that the security agreement provides:

It is also prudent to explore options and alternatives to ensure receivership is the most appropriate course of action.

Otherwise, an application for an injunction stopping the appointment of receiver, or the continuance of the receivership, could be made, and a cost award could be ordered against the secured creditor.