Has the value of D&O insurance diminished? 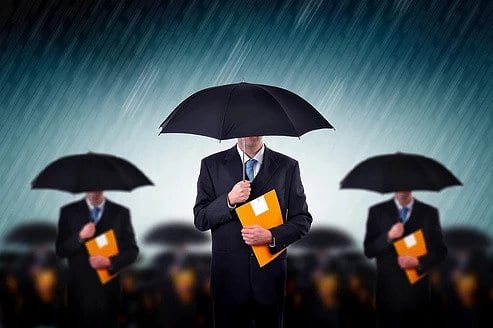 The real value in Directors and Officers cover is that is allows a besieged director to fall back on the policy to cover the legal cost of any litigation. This matters, because even if the director is liable having the cash to mount a defence can make a huge difference to the eventual outcome.

Late last year, the Supreme Court held that directors are not entitled to claim on their insurance policies for their defence costs in priority of those who were pursuing them.

The Court analysed the statutory charge established in section 9 of the Law Reform Act 1936 on insurance monies payable to an insured to indemnify the insured for damages or compensation payable to third party claimants.

The majority of the Court (Elias CJ, Glazebrook and Anderson JJ) considered that the statutory charge attaches at the time of the occurrence of the event giving rise to the claim for compensation or damages. Reimbursement to directors of their defence costs is not within the statutory charge.

The case concerns the director’s liability insurance taken out on behalf of the Bridgecorp group of companies and another by those of Feltex Carpets Ltd. The policies in both cases covered claims for losses resulting from breaches of director duties but also the costs of defence of actions brought against the directors.

The receivers of Bridgecorp brought a claim against the directors seeking to recover investor funds. A shareholder of Feltex was also bringing an action against parties involved with the share issue. He was suing for himself and in a representative capacity for other shareholders.

Those in pursuit contended that defence costs ought not to be paid out of the policies if to do so would deplete the funds available to meet the liability that will be eventually established in the proceedings. The High Court agreed with this proposition, but the Court of Appeal did not.

The directors argued that until liability is established, payment of their defence costs may be made as they fall due under the policies.

The charge arising out of section 9 secures the full amount of the eventual liability to the third party claimant and arises immediately on the event giving rise to the claim.

The charge attaches to the insurance money up to the limit of the policy. This is no surprise, but to confirm, the insurer will not have to pay more than the cover requires. Conversely, if the claim is for less than the insurance, a director will likely be able to deduct the reminder in his defence costs (this was not the case in the current proceedings).

Third parties are able to have a direct right of action against the insurer to enforce the charge. The Court considered that the insurer is deemed to have the same liabilities as the insured (to the extent of the charge).

Common practice to be changed?

Prior to this dispute the insurer would have likely responded, allowing the insured director to mount a vigorous defence to the claims. The custom in such situations was that the insured could make use of the policy to pay lawyers to defend any claim. The problem with this approach was that the cost of the litigation often eroded a substantial part of the policy, leaving the victorious claimant nothing but a claim in the director’s bankruptcy.

The effect of this approach, as Justice Anderson pointed out, was that the claimant ended up paying for the defence. It was an absurd situation riddled with moral hazards. If the insurance company was facing a claim greater than the policy cover then they would always litigate no matter how hopeless the defence was. If they lost any legal costs come off what they had to pay and they could potentially burn the plaintiff off in litigation costs.

The future of indemnity insurance?

The decision has provoked an outpouring of angst from industry cheerleaders, especially over a couple of non-commercial comments in the decision regarding how directors could fund litigation but here is the key issue as explicitly recognised by the Court; if the claim is without merit and the director takes no action then the insurance company will be liable for any award given.

It is inconceivable that a profit-seeking insurance company will sit back and do nothing as a hopeless case proceeds.

However, for most directors the value in having public liability cover is the ability to defend valid claims where actual breaches have occurred and it is here that the decision hurts.

The insurers, in such a situation, will have no incentive to help pay for a defence if the value of the claim is at or above the value of the policy. To do so would be throwing good money after bad, so they may look to settle the matter quickly and leave the director at the mercy of the aggrieved.

There is a further silver lining for the insurers in that they now have a new policy to market; a policy to cover director’s legal defences in the event that they are sued which will be in addition to the public liability cover.

From the perspective of a liqiudator, this is a good decision as liquidators are in the business of holding directors liable for breaches of their directors’ duties. This decision increases the ‘pot of gold’ should liquidators sue successfully as the estate will not be whittled down by funding the director’s defence. Further, insurers will have an increased incentive to come to the table to settle claims.

From the perspective of directors who feel that they may need to rely on their public liability or Directors and Officers liability cover, call your broker.