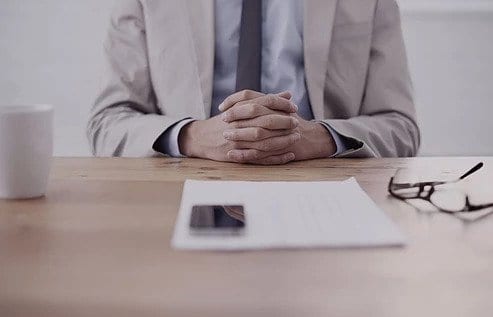 Section 261 of the Companies Act 1993 (“the Act”) confers on a liquidator the power to seek the books, records, or documents of the company from certain persons who have documents in their possession or control. Two recent cases, Official Assignee v Grant Thornton [2012] NZHC 2145 and Petterson v Gothard (No 3) [2012] NZHC 666 have defined the reach of that power.

Section 266 of the Act goes further, allowing the Court to order a person to hand over their own documents to the liquidator. The Court stated:

Accordingly, when a party holds documents which are not documents ‘of the company’ but are documents ‘about the business, accounts, or affairs the company’, Parliament has left this to the Courts to determine whether the documents ought to be handed to the liquidators.

Although, the Court considered the burden on Grant Thornton to comply with the requests, the Official Assignee was successful in gaining its orders as it is necessary to put the liquidators in the same position as directors so far as knowledge of a Company’s affairs is concerned.

In determining whether s 261 of the Act was the appropriate authority for the liquidator to obtain the documents, the respective roles, functions and duties of receivers and liquidators was considered by the Court. The Court held that the following three functions of liquidators require access to books and records held by a receiver:

(a) Access might be required to some books and records for the purpose of compiling reports that must be lodged with the Registrar of Companies, under s 255 of the Act.

(b) There is a need for a liquidator to oversee any actions of the receivers that might prejudice the interests of preferential or unsecured creditors. This role has been described as that of “an official and independent watchdog” on the receiver. Section 30 of the receiverships Act (in requiring proceeds of circulating assets to be used for the benefit of preferential creditors) is a good example of a situation in which a liquidator may need to perform that role.

(c) Access to some books and records will be required in order to determine whether any actions should be commenced in relation to voidable transactions. A receiver does not have power to bring such proceedings. In assessing the importance of that right, regard must be had to the strict time limits within which a liquidator can act; for example, in the case of a voidable transactions and charges, a period of two years before the date of commencement of the Liquidation.

The Court found that the receivers papers were in fact those of the company and therefore s 261 of the Act applied. Accordingly, the receivers were ordered to make their own papers available.

Further clarification on s 261 of the Act

In response the liquidators made an application pursuant to section 261 of the Act seeking an order to enforce the receivers obligations. Ultimately, the receivers provided the requested documentation before any orders were made by the Court. However, the issue of costs remained unresolved.

Costs implications of failing to comply with requests of liquidators

The liquidators sought costs on a High Court scale 2B basis with a 50% uplift on the grounds that they were the successful party and that the receivers had failed, without reasonable justification, to accept that they had an obligation to provide the requested documentation. The receivers sought that costs lie where they fall, or alternatively be ordered on a 1A basis. The receivers made a number of submissions, the most noteworthy being that the liquidators cannot claim for legal costs for in-house counsel.

In determining this matter, the Court began with the general proposition that:

… The determination of costs should be predictable and expeditious. To that end the High Court Rules provide a scale based on the nature of the application and the level of experience required to advance it.

The Court then emphasised that:

It is a fundamental aspect of the High Court Rules that the party who fails with a proceeding on an interlocutory application should pay the costs of the successful party.

In conclusion, the Court held that:

In this case there was clearly an arguable basis for the liquidators to bring the application. They have a statutory responsibility to investigate the company’s affairs. Events in receivership are part of that investigation (at least to the extent of investigating what funds were received and applied in the receivership, and hence whether there is any money then available for other creditors). The liquidators must have the right to call in all documents belonging to the company as part of this exercise.

The Court was satisfied that the provision of documentation by the receivers made the liquidators the successful party.

Importantly in relation to costs, the Court held:

The Court awarded costs on a scale 2B basis in favour of the liquidators.

Liquidators are faced with the often difficult task of investigating the affairs of a Company. Cooperation is needed by those who hold documentation to undertake this task. In light of the various decisions coming from the Court, any persons who have an obligation under s 261 of the Act should bear in mind their obligations and the consequences of failing with those obligations.

A copy of the full decision can be found here.

This article was also published in the September 2013 edition of NZLawyer.