Can a creditor position itself to evade the voidable transaction regime? Apparently so… 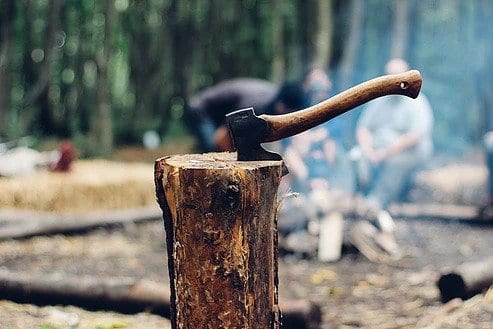 Maclean Computing Limited was placed into liquidation on 13 July 2012 and liquidators at Waterstone Insolvency were appointed.

In March 2011, Maclean reached an agreement between the IRD and its three major suppliers. Westcon Group NZ Limited was among this select group. Between March 2011 and April 2012 Maclean paid Westcon $274,617.49. The liquidators sought to set aside these transactions totalling $274,617.49 received by Westcon in accordance with the repayment arrangements.

In relation to the restructuring proposal between the major creditors of Maclean, the parties attempted to ring fence the existing debt owed and to have the debt paid off by regular monthly instalments. These select creditors of Maclean were paid within 12 months of the deal. The IRD and other creditors were not.

Aside from the IRD, who was owed debts dating back to July 2009, the creditors in the liquidation relate to debts incurred by Maclean from March 2012 until the liquidation of Maclean. This is the restricted period, a period where a company is presumed unable to pay its due debts.

At the High Court, the focus was on two issues:

Was Maclean unable to pay its due debts?

Westcon submitted that by entering into rescheduling agreements, Maclean was able to pay its due debts as the major creditors have relinquished their right to call for payment or are estopped from recovering the debt.

It was the liquidator’s position that those agreements amounted to little more than indulgences and did not affect the payment obligations to creditors because at all times those debts were due for repayment in accordance with the original contractual commitments. Further, the liquidators were provided correspondence from Westcon indicating that they sought to give merely the ‘perception of support’. The liquidators were of the view that this strategy allowed select creditors to obtain an advantage over other creditors of Maclean before it failed.

In addition, although Maclean entered into an instalment arrangement with the IRD, its failure to pay GST and PAYE and other tax obligations is further evidence of insolvency. Maclean was unable to keep up to date with its tax obligations from July 2009 until liquidation. The liquidators submitted that this was a sure sign of a company who is unable to pay its due debts.

Westcon argued that the rescheduling agreement was more than a mere indulgence. In particular, those agreements were reached after a careful and thorough exchange of correspondence; the solutions were not originally proposed by Maclean and it appeared that Maclean would have had enough support to obtain approval to a Part 14 compromise under the Companies Act 1993 which would have had the effect of binding minority creditors. The Court agreed.

The Court held that a debt becomes due when it is payable. Further, whether it is payable is a matter of considering what obligations bind the company; it is not about the fact that the creditor might not be prepared to insist on payments strictly in accordance with agreed terms.

The Court accepted Westcon’s submission that a creditor who agrees to formally reschedule its debt goes further than just forbearing to sue; it relinquishes its right to call for payment of the debt which has previously been due and owing. Having entered into the agreement, Westcon was required to abide by the terms of the agreement and await payment of the debt over 12 monthly instalments, as each instalment fell legally due.

On this basis, the Court found that Maclean was able to pay its due debts as a result of these agreements.

Did Westcon, as a secured creditor receive more towards the satisfaction of its debt?

Westcon held a registered security interest in the goods it supplied to Maclean, which extended to the proceeds of the sale of the goods (a PMSI).

Westcon held the view that it did not receive a preference. This view was based on its status as a secured creditor; it argued that it was entitled to the funds over the other creditors of Maclean.

The bank account of Maclean, that the proceeds were received into was both comingled funds and overdrawn. As such, the liquidators were of the view that the funds Westcon received do not fit the definition of ‘proceeds’ as it cannot identify the funds, nor can it trace the funds. In effect, Westcon received the banks money, not the proceeds from Westcon’s supplied goods.

The Court accepted the liquidators’ view and determined that although Westcon’s security interest attached to the proceeds of the sale of its product, Maclean’s bank account was in overdraft and was intermingled funds. The Court accepted that no property exists in those overdrawn accounts which are capable of sustaining a claim of a security interest. This is consistent with the Court of Appeals decision in Rea v Russell.

Accordingly, Westcon’s security interest was defeated and the Court confirmed that a secured creditor can in fact receive a preference capable of a liquidator clawing back the funds.

Although Westcon had received a preference over other creditors of Maclean, the Court declined to set the transactions aside on the basis that Maclean was able to pay its due debts.​