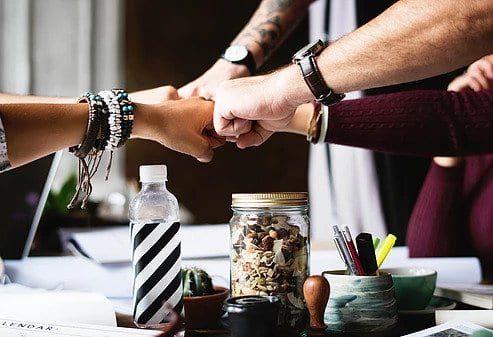 Directors breach their duties. It happens. A lot.

If a liquidator is appointed, the liquidator may elect to pursue the director. This will likely include claiming:

We have been involved in pursuing many directors for breaching their duties. We have also assisted directors who have had allegations of breaches made against them. We can see this debate from both sides of the table.

One such story we have documented before: https://norlinglaw.co.nz/trading-health-check-lessons-from-liquidations/. In that event, the director was liable for everything. Full costs of creditors. Liquidator costs. Legal costs.

While there has been a mixed reaction, many directors have been found liable to cover the costs of the liquidator.

The Court of Appeal has sent a firm message to liquidators.

The outcome is that the historical approach may not be viable going forward.

Mr and Mrs Shaw are trustees of their family trust.

Their trust owned a farming enterprise and later a glazier and manufacturer of aluminium joinery.

One of its supplies refused to supply materials to a trust, rather it required supply to a corporate entity.

Consequentially, the Shaw’s incorporated Aluminium Plus for this purpose. The Shaw’s were the sole directors.

Aluminium Plus was a conduit for the Trust. It didn’t have a bank account. It simply passed supplied from the supplier to the Trust. The Trust paid the suppliers invoices directly.

However, the Shaw’s later took the view that supplies were defective and caused both entities not to pay.

The supplier later obtained judgment by default against Aluminium Plus (not defended).

Aluminium Plus was later liquidated by the High Court.

The liquidators issued a proceeding in the High Court. Justice Brown upheld the liquidators’ claims that the Shaw’s were guilty of reckless trading and negligence in breach of their duties.

The Shaws’ recklessness arose from their election to release the Trust from its obligation to pay its suppliers on Aluminium Plus’ behalf for supplies of materials. This decision exposed the supplier to the risk of loss because Aluminium Plus had no income or assets to pay the invoices then outstanding. The Shaws’ negligence lay in releasing the Trust from its agreed role as funder of Aluminium Plus’ purchases in circumstances where there was no other source of funding and the prospect of an offsetting counterclaim was speculative.

The Court of Appeal Decision on Breach of Duty

The Shaws challenged the decision of Brown J. They say they were not reckless.

The Court of Appeal agreed with Brown J. The nature of Aluminium Plus was that it had no assets or income to meet its liabilities other than from recourse to matching payments made by the Trust. Its solvency was entirely dependent upon the Trust’s financial support. The nature of the directors’ decision was to release the Trust from its contractual obligation to indemnify Aluminium Plus against all liabilities. Insolvency was its inevitable and immediate consequence, leaving the creditors’ interests without protection.

The Court of Appeal was satisfied that the Shaws’ decision to release the Trust for Aluminium Plus’ liability, at a time when it was otherwise indebted to its supplier, was in breach of their duty to exercise the care, diligence and skill expected of a reasonable director in those circumstances given that its inevitable and immediate consequence was to render Aluminium Plus insolvent.

The Court of Appeal Decision on Compensation

However, the Court of Appeal held that Brown J erred in allowing all the liquidators’ costs of $26,879.56 within the compensation award.

It was held that:

Section 301 provides, among other things, that if a director has been guilty of negligence the court may order the director to contribute such sum to the assets of the company by way of compensation as the court thinks just in the light of the director’s conduct. As the Judge correctly observed, the s 301 power is guided by the standard approach outlined by this Court in Mason v Lewis: by looking first to the deterioration in the company’s financial position between the date the inadequate corporate governance became evident and the date of liquidation, and then exercising judicial discretion by reference to the three factors of causation, culpability and the duration of the trading.

The Court considered that a compensation award should reflect the financial measure of the director’s contribution to the loss suffered by a company as a result of the acts or omissions underpinning his or her relevant breach of duty. However, the question of whether compensation should include the liquidators’ costs in undertaking the liquidation is less straightforward. The costs of administering a liquidation will generally be incurred regardless of whether the company’s directors are liable.

This was not an orthodox company liquidation or liquidator’s claim. The Supplier was Aluminium Plus’ only significant creditor when it was wound up. The other two creditors were for relatively minor amounts. The Court of Appeal held:

It would have been immediately plain to the liquidators that the company’s indebtedness was very modest; and that it had no assets available to meet creditors’ claims except for a contingent right of action against the Shaws.

Nevertheless, Ms Louise Craig, an employee of the liquidators, deposed at trial that the liquidators’ costs amounted to $38,404. However, unusually, the liquidators sought to recover costs of $43,187. Later at Brown J’s direction they amended their claim. They reduced it to $26,879 for costs which they say were not attributable to the litigation against the Shaws.

The Court of Appeal held that it was not easy to follow how non-litigation costs of $26,879 could justifiably be incurred in a liquidation relating to a very modest level of indebtedness.

Ultimately, The Court of Appeal held that the Liquidators were entitled to follow the course pursued. But they cannot expect to recover more than the usual award of legal costs and disbursements if successful. The purpose of an award of compensation is to recoup or indemnify the company for its losses attributable to a director’s breaches. While it may be appropriate to incorporate an allowance for the liquidator’s costs where they are necessarily incurred because of the relevant breach, care is required to ensure that the award is truly proportionate to the company’s actual loss.

The Court of Appeal held:

It is telling that the final award in the High Court — inflated by credit consultant’s and liquidation costs — more than doubled the suppliers actual debt. On any cost-benefit analysis, pursuit of this litigation was not a commercially rational exercise.

Ultimately the Court of Appeal removed the costs of the liquidation as compensation awarded to the Liquidators.

It has become a common practice in New Zealand for Liquidators to seek delinquent directors to pay liquidation costs.

Some well-respected commentators criticise this practice and would suggest that this should never occur.

On a practical level, many delinquent directors substantially increase the costs of the liquidation by the way in which they engage (or not engage) with the Liquidators. For example, they hide assets. They hide information and documents. They frustrate the process by being untruthful. The level of behaviour and the impact on liquidators and their resources cannot be underestimated. These directors ought to pay these increased costs of liquidation. The creditors ought not bear that cost out of any recovery (ultimately creditors would receive less).

However, for other directors, who have not engaged in this delinquent behaviour, like the Shaw’s, the Court ought to be slow to burden them with these additional costs. The purpose and scheme of the Act does not justify such an approach.

Finding the right balance will be key.