Appointment of liquidator by shareholders 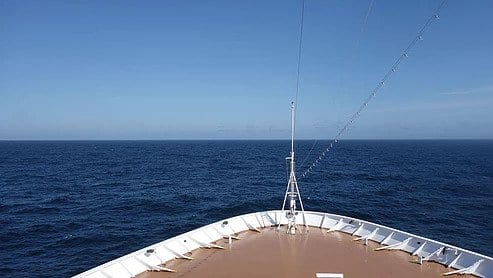 For a special resolution to pass, it requires the majority of 75% (or a higher majority if the constitution requires it) of the votes of those shareholders entitled to vote and voting on the question.

However, the shareholders are unable to appoint a liquidator of their choice after the company has been served with liquidation proceedings brought by a creditor, unless they have the consent of the creditor who is pursuing the liquidation). Any appointment after the service of an application to liquidate the company is invalid and the Court will appoint a liquidator in their place (see for example Tradestaff Group Ltd v Alumen Ltd 9/3/09, Associate Judge Gendall, HC Wellington CIV-2008-485-2574, while decided under the older version of s 241AA of the Companies Act 1993, the same principles would still be applicable).

Once a decision to put the company into liquidation is made, a liquidator must be nominated and must consent to the appointment (see s 282 of the CA). Once a company is in liquidation, its liquidators have custody and control of the company’s assets and the directors cease to have powers, functions and duties (see s 248 of the CA).

Once the shareholders appoint a liquidator of their choice, the common perception among creditors is that the liquidator will be ‘friendly’ and will not pursue the directors/shareholders should valid claims exist. In some circumstances, these perceptions are well-founded, in other cases, they are not.

The perception formed when shareholders appoint a liquidator of their choice should not be underestimated. In Baker v Gilbert [2015] NZHC 3311, the High Court held that the concern is that “the liquidator will not act as hard for the creditors as one appointed by the creditors”. If this concern is held, creditors may seek to remove the liquidator from office.

In this context, the most cost-efficient method to replace the liquidator is to have a resolution passed replacing the liquidator at an initial creditors meeting. The process for the calling of a creditors’ meeting is as follows:

The timeframes to call this meeting is crucial. If a creditor fails to notify within the statutory timeframes, the opportunity to present a resolution to replace the liquidator is lost.

All creditors’ meetings must be held pursuant to the procedure set out in Schedule 5 of the CA and regulations 17 to 27 of the Companies Act 1993 Liquidation Regulations 1994.

Accordingly, the perception created upon the appointment of the liquidator by the shareholders can be based on valid grounds but sometimes the perception can be nothing more than a perception. Creditors ought to be encouraged to investigate the individual liquidator and their history in similar situations. Fortunately, judicial decisions are publicly searchable so it takes an insignificant amount of research to determine the liquidator’s reputation.

In the event that the perception is real, the process outlined above is recommended to obtain a liquidator who will pursue the interests of creditors vigorously.

This article was also published in the February 2016 edition of Law Talk.