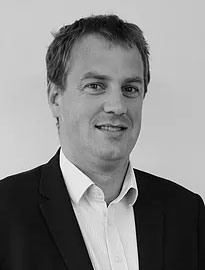 Angus graduated with a Bachelor of Laws and Bachelor of Commerce (majoring in Economics and minoring in Management) in 2002 and was admitted to the Bar in New Zealand in 2003. In 2009, following completion of transfer qualification, Angus was also admitted as Solicitor in England and Wales.

Prior to joining Norling Law, Angus was exposed to a wide and unique range of issues. As a young lawyer, Angus worked as a general practice lawyer in Invercargill and litigated in the general commercial (including bankruptcy and receivership), criminal, employment and family areas. Angus regularly appeared in the District and High Courts and also appeared as Counsel at various mediations.

Angus also spent 12 years practicing law in London. He started his career in London working for the London Insolvency Service in the Corporate sector. Angus assisted Insolvency Practitioners with the investigation of insolvent companies and bringing of prosecution against directors for failure to comply with corporate legislation.

Consequently, Angus worked in the areas of governance, policy advice and housing related litigation. Angus developed a great reputation and career in the public sector, not only as a litigant, but also as a manager and general advisor. As part of his employment, Angus provided legal advice to Members of Council and Senior Officers on miscellaneous public law (including judicial review and regulatory enforcement) issues, assisted with the changes to Council Tax Benefit Scheme, Public Safety Protection Orders and Housing Policy Strategy, attended Cabinet and full Council meetings as Solicitor, managed Council litigation relating to miscellaneous civil, housing, properly and contract law disputes, including bringing of criminal prosecutions by Council. By the time Angus left London in August 2018, he was the Principal/Chief Solicitor at London Borough of Hammersmith and Fulham managing a highly effective and busy legal team and was the lead civil litigator regularly advocating in the English County Courts.

Angus is passionate about achieving the best outcome for his clients in a timely and efficient manner. Angus applies practical and effective strategies for the resolution of the client’s problems.

If Angus’ expertise can be of assistance to you, do not hesitate to Contact Us for a no-obligation discussion